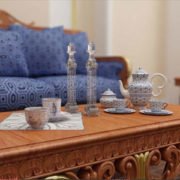 Rendering (3D visualization) is the process of generation an image from a model. Basically, visualization represents one of the most important parts in 3D graphics. The program that provides rendering called “Render”.

In the rendering structure, we use algorithms to get a qualitative image. In general, rendering can change vector structure into flat pixels. As the result, a 3D image can be displayed visually as a two dimensional image on the PC monitor.

The one of the most outstanding renders is “3ds Max”. “3ds Max” is universal software because it is used for 3D modeling. In addition, the program is great for computer games design.
You can be sure that 3D visualization is good for interior design. As a rule, it helps you to see the real picture of the future interior. Interior visualization lets you to view each element of house, flat or furniture. 3D visualization creates the effect of presence. In addition, renders have succeeded in 3D models adaptation and that is why its’ creations considered as masterpieces.
Preview visualization is a famous and helpful option too. It is mainly used when a customer hesitates and not sure about some elements of the future house. For example, it can be a color of wall or wallpaper, or some materials’ selection.

Final 3D visualization is the last variant of interior based on all amended corrections on the stage of preview visualization.
According to the project’s goal we have rendering in a real time mode (used in creation of videos) and pre-rendering which is more convenient for computer games creation. Pre-rendering uses 3D accelerators. The last ones help you to increase quality of graphics of old computers. 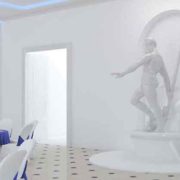 3D Software for the Interior Visualization