Features of outdoor advertising of residential and commercial complexes, shopping malls, business centers, retail property that are being built.

Often we see ads that are so oversaturated with information that remembering something one is almost impossible. There’s such a feeling that in order to save money, marketers are trying to introduce clients with absolutely all special offers, discounts, layout features, façade solutions and so on. 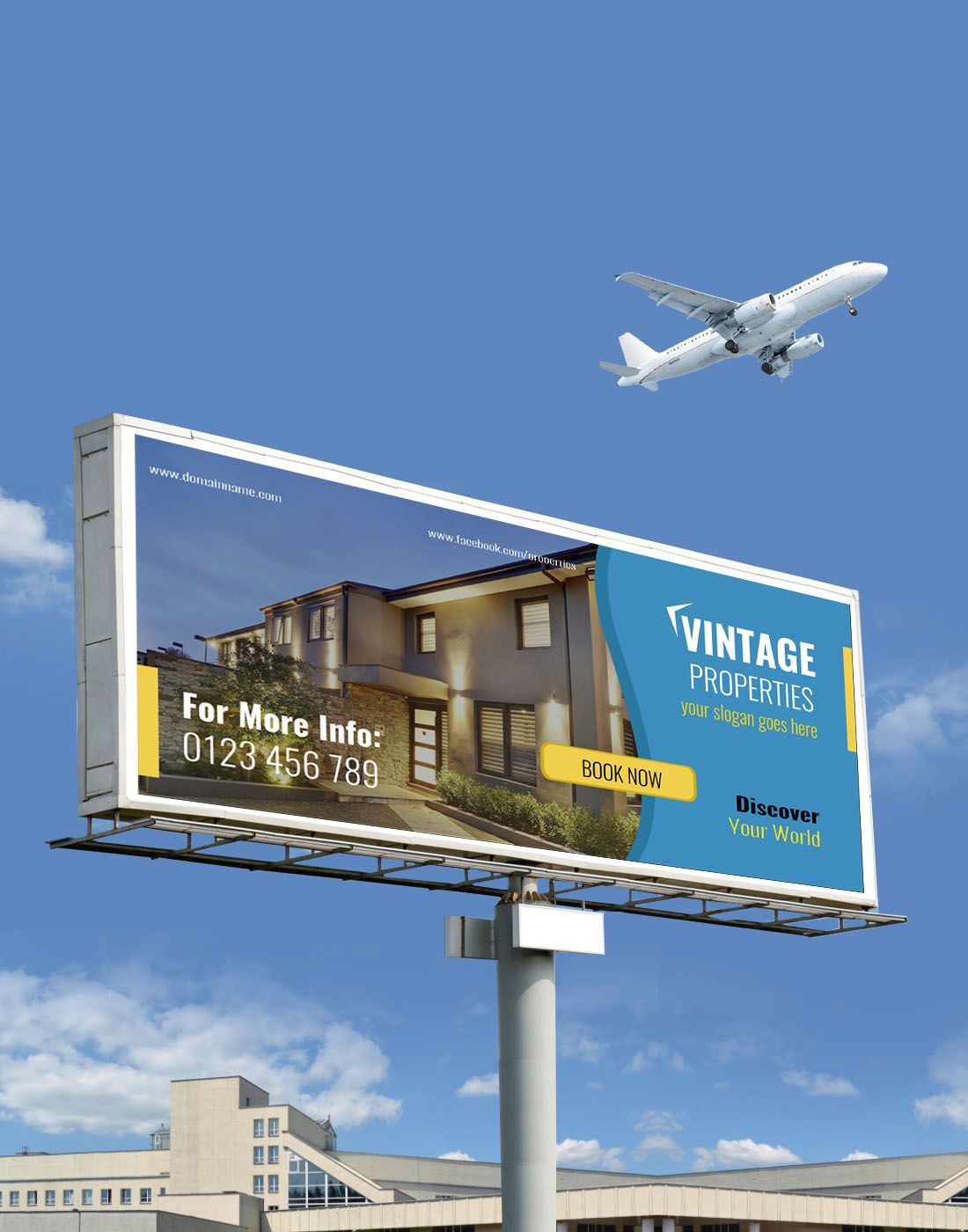 In our opinion, when broadcasting some advertising about real estate sales, it is necessary to put a clear emphasis on one message: if it is about a discount, then the image should be secondary or not used at all. If this is a special finish – a focus must be made on the façade solutions with a close-up view of visualization, so everyone can see what that is all about. 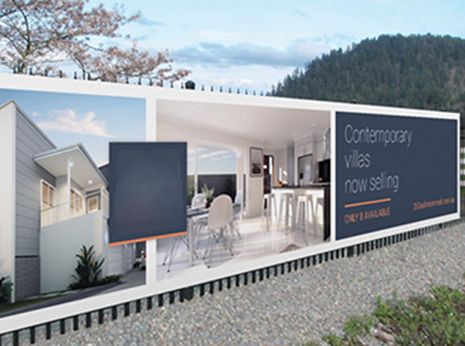 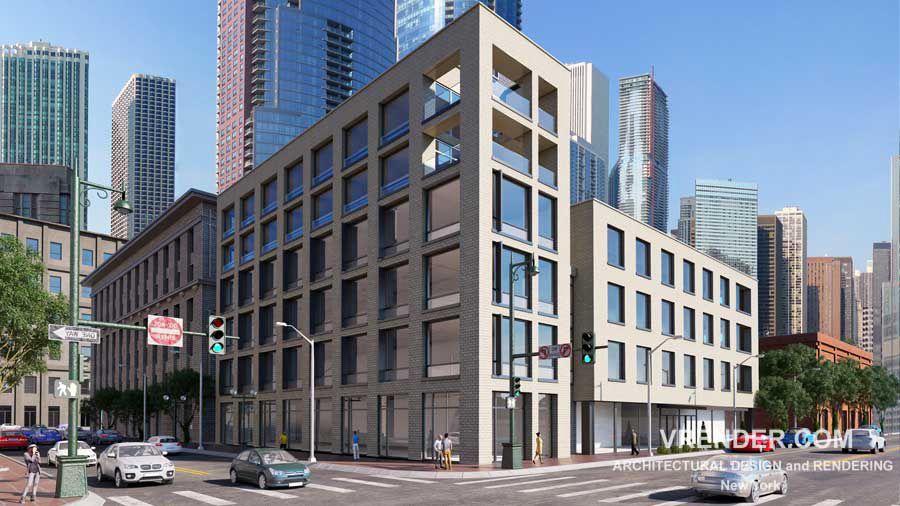 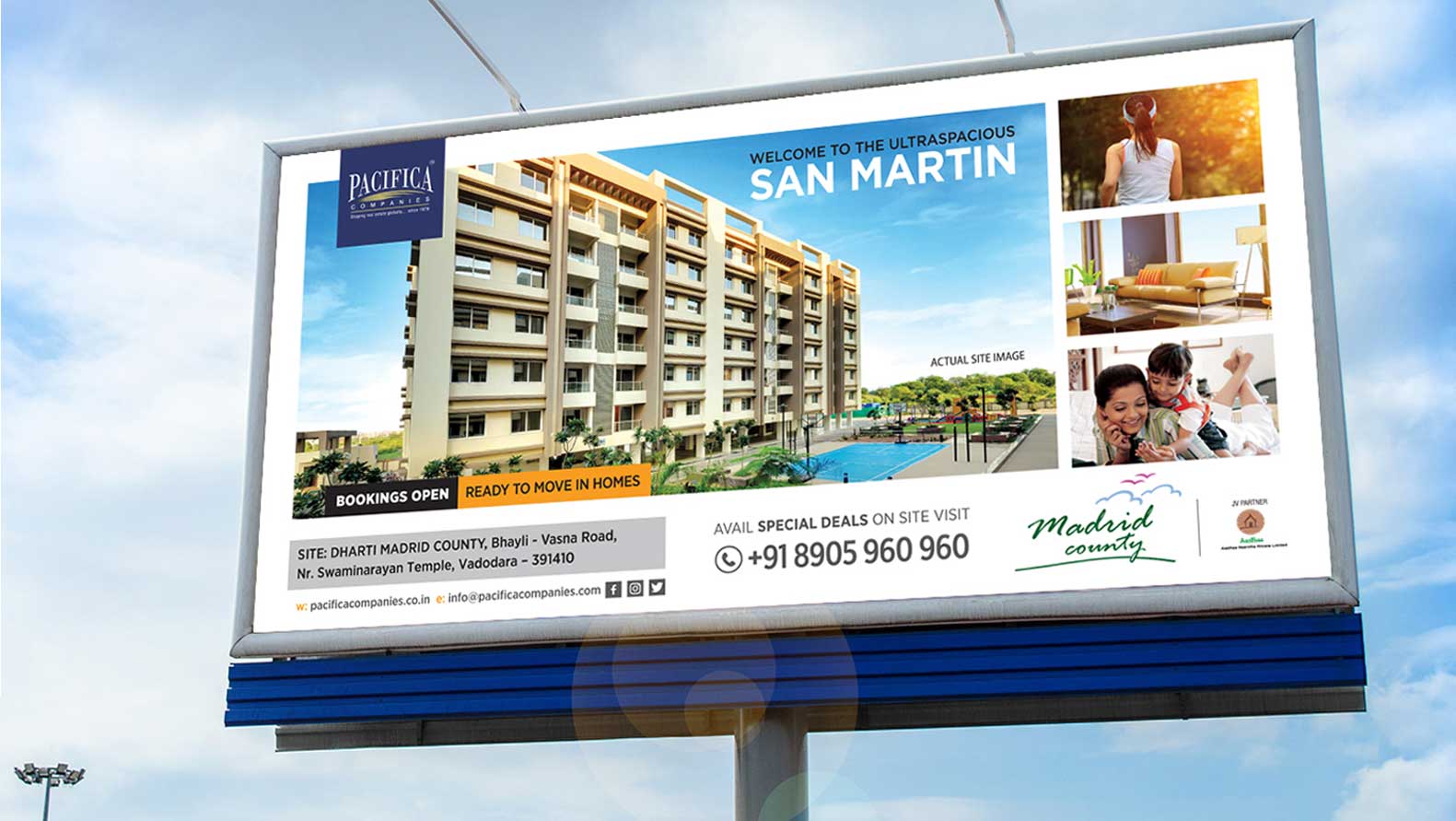 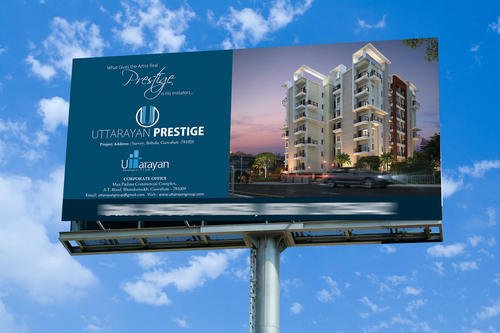 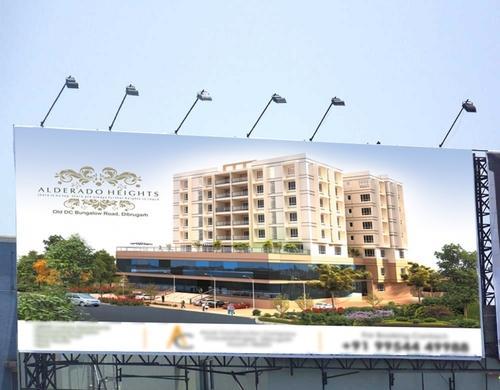 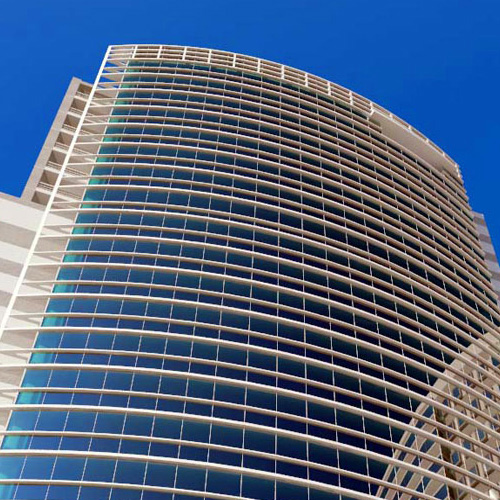 For this and other purposes, we’ve invented and introduced to the market atmospheric 3D Renderings, because with the right use of our images, they give fantastic results. Under “the right use”, we mean focusing on visual content, the simplicity of the message, and the lack of overburdening of the advertising carrier with information. In addition, quality 3D rendering is almost a work of art. It makes the urban advertising environment more beautiful.

In order to make this vividly visible, we virtually placed several advertising designs into existing pictures.

We perform a full range of works on 3D visualization of industrial buildings and structures, including the preparation of presentation materials.

3D visualization of industrial buildings and structures: an overview of the range of tasks

3D visualization of industrial buildings and structures, as a rule, is done as an illustration to insert into the project documentation. We were ordered many times to make industrial facilities, plants, warehouses, logistics centers, and shopping centers for project documentation. Usually, these objects are distinguished by simple shapes and large sizes. The basic difficulty of such objects is the exact compliance with the project. It is often required to make a photo editing of a building’s model into the real terrain. 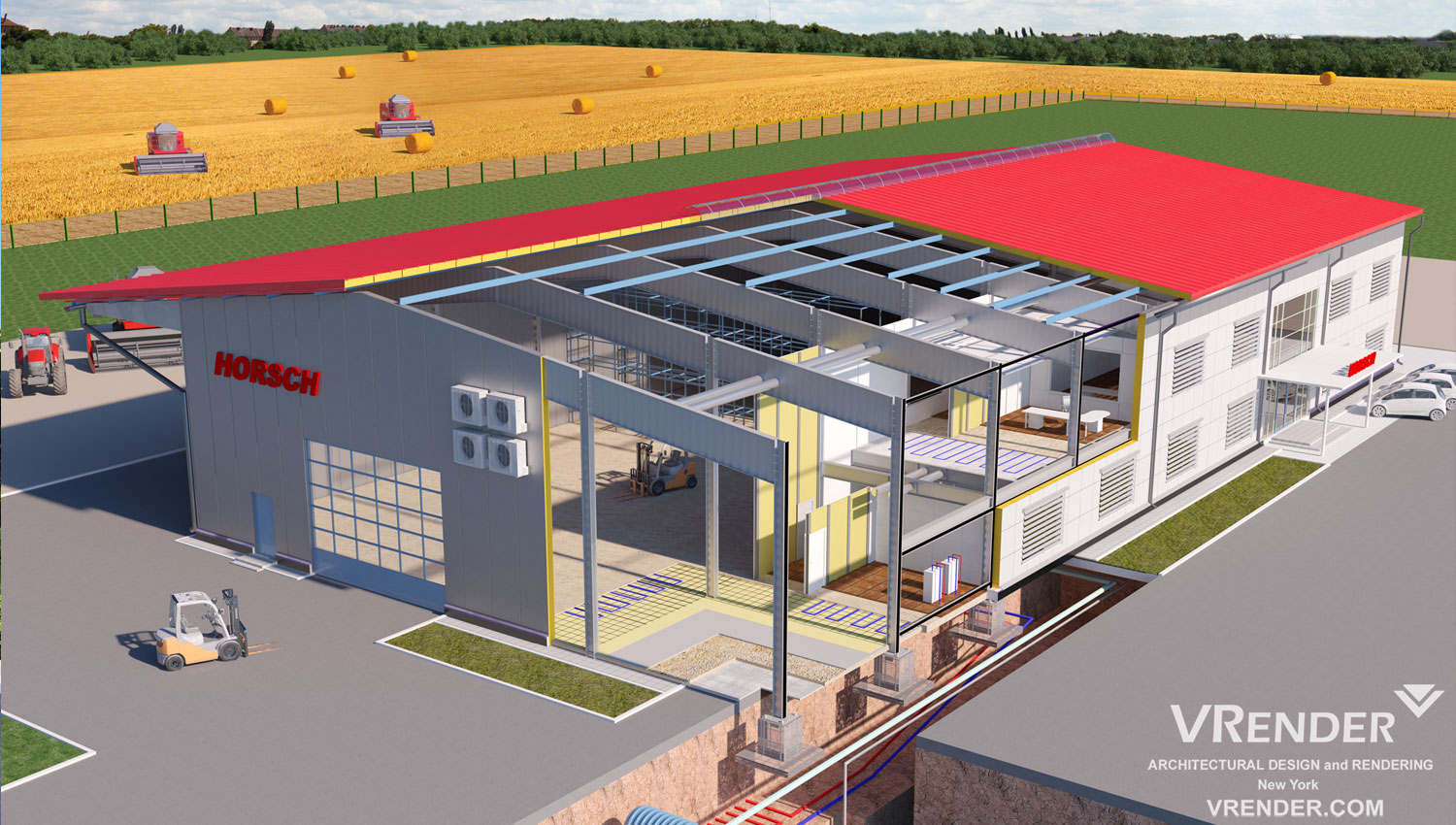 Visualization of an appearance of industrial buildings

Usually, it is required to make several pictures of the projected object to use them in the project documentation. A set of pictures is standard – the main façades of buildings, the location of buildings, a bird’s eye view, and photo editing into the real terrain.

3D modeling and visualization of the main facade

3D modeling and visualization of the main facade is the most difficult task. It is required to make a profitably looking picture. Doing it is a challenge as the huge building has simple shapes and its hangars all look the same. 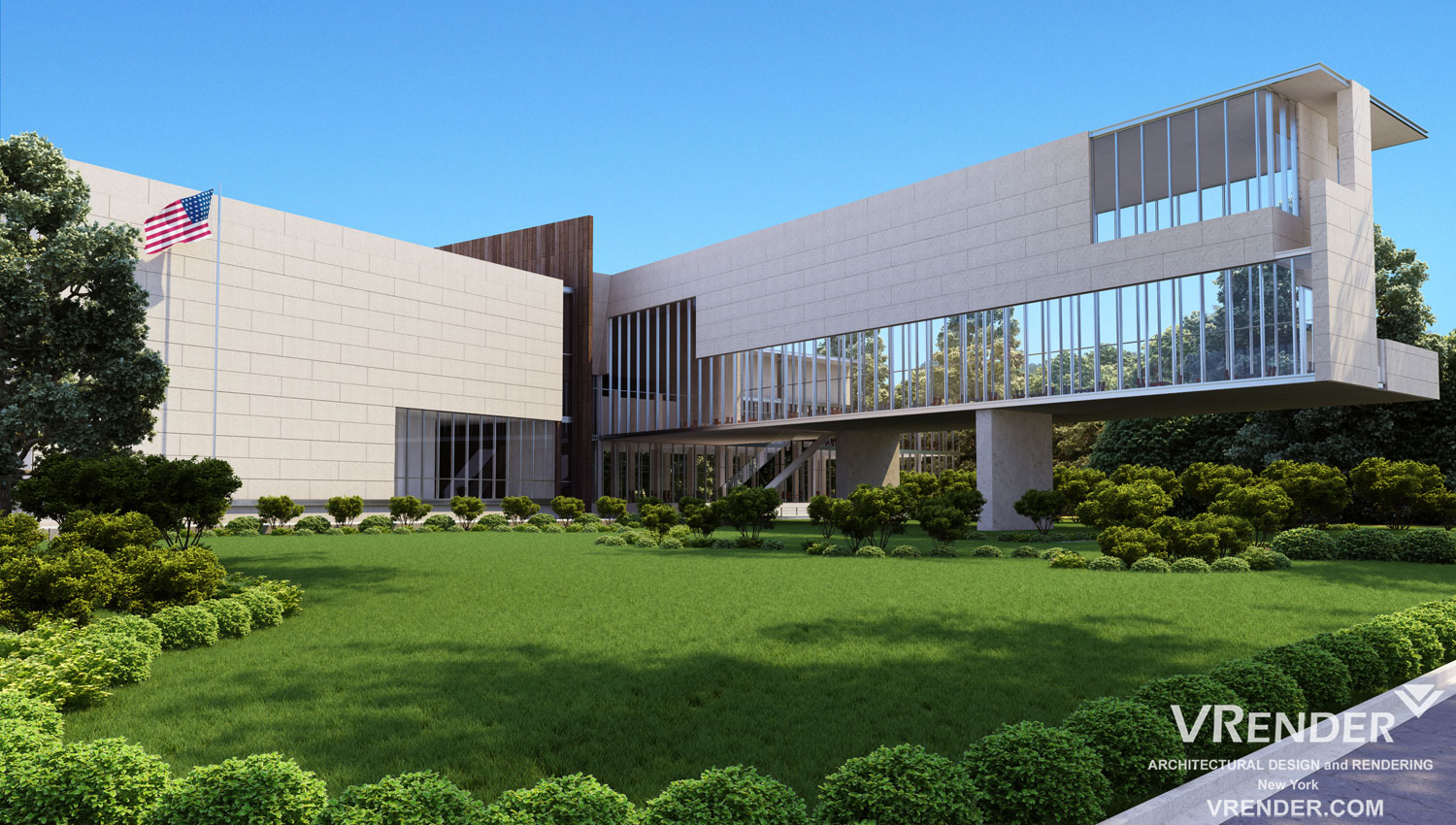 The proportions of buildings are also not very attractive. All industrial buildings are rather large and low-height. Thus, they all look long and narrow – making buildings seem not only unpretty but also badly discernible.

3D modeling and visualization of industrial buildings from a bird’s-eye view is another hard task. The thing is that most of the technical structures that make up the industrial complex are shown by conditional squares on drawings. No one thinks about their appearance at the project stage, but they must be drawn now! 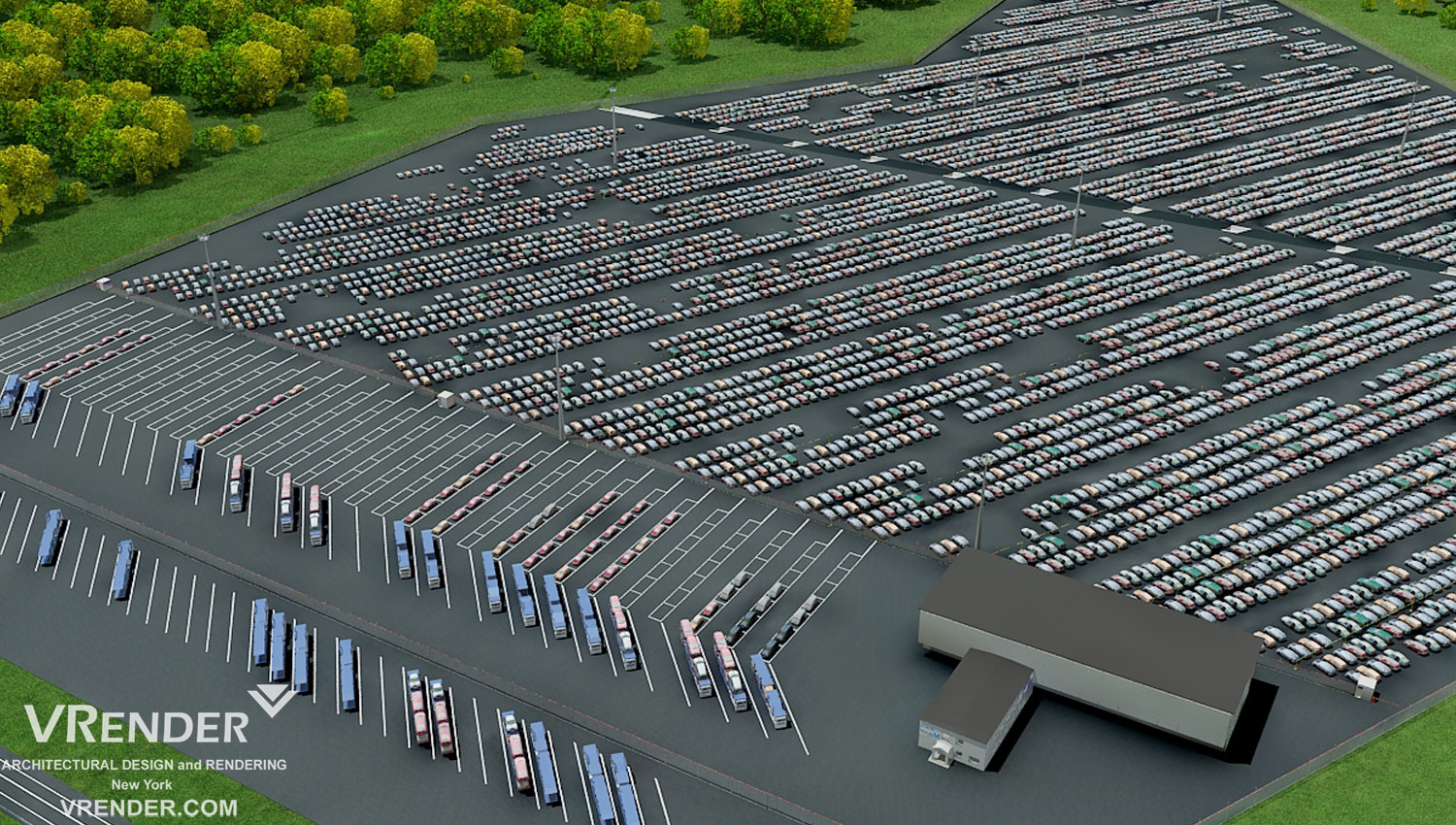 3D modeling and visualization of an adjacent territory

3D modeling and visualization of an adjacent territory is a task commensurate with the work on the building itself. It is necessary to accurately show the access roads with automobile markings, sidewalks with curbs, lawns with flowers, fences with checkpoints, people extras, cars, and trees. Although these all look like small dots, they nevertheless require significant resources of a computer.

Separately, we want to consider the details of the task of planning the territories. The technique of visualizing of such schemes is chosen depending on the tasks.

Examples of design projects of industrial buildings and shopping malls 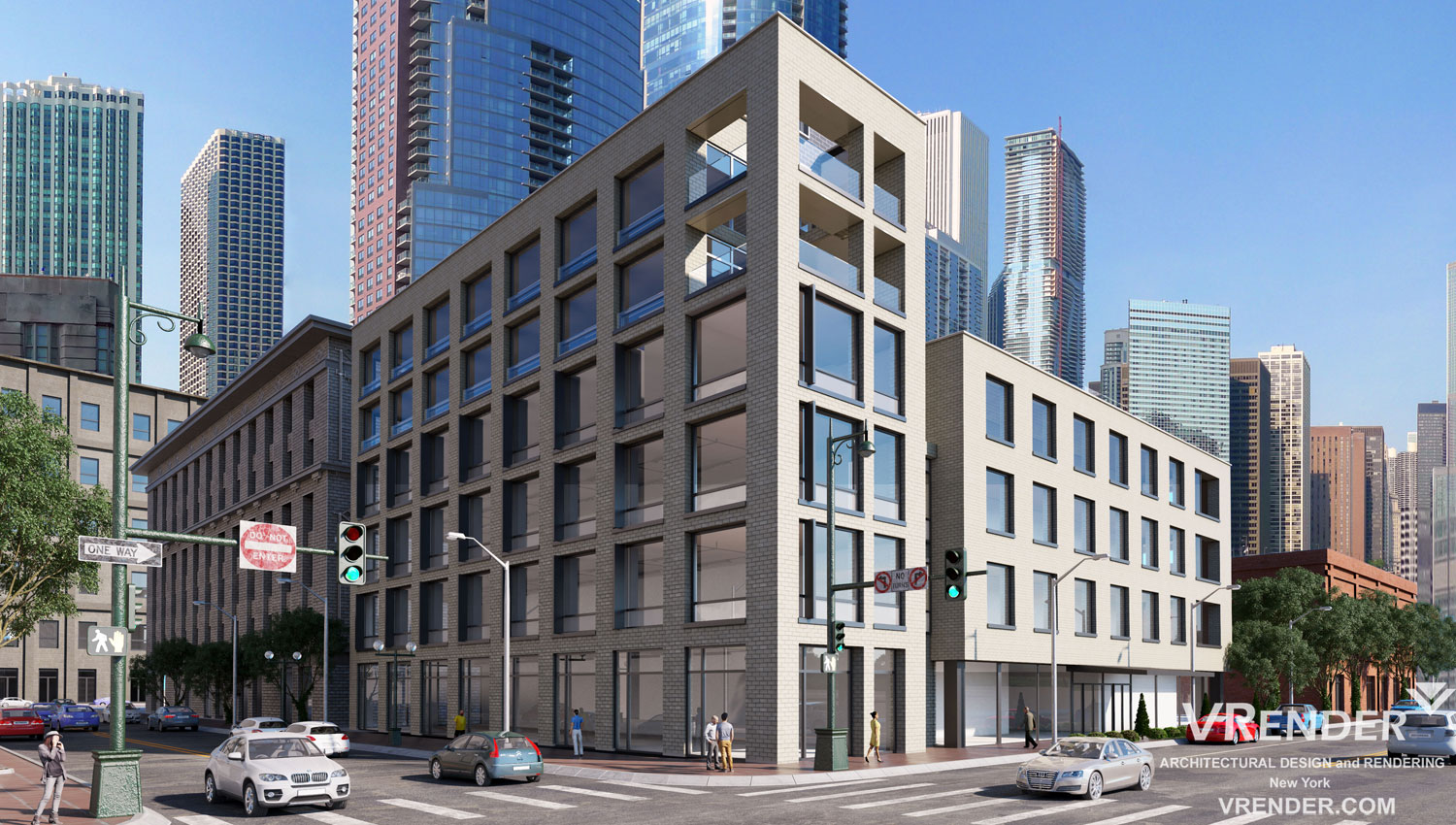 3D visualization of the trade complex 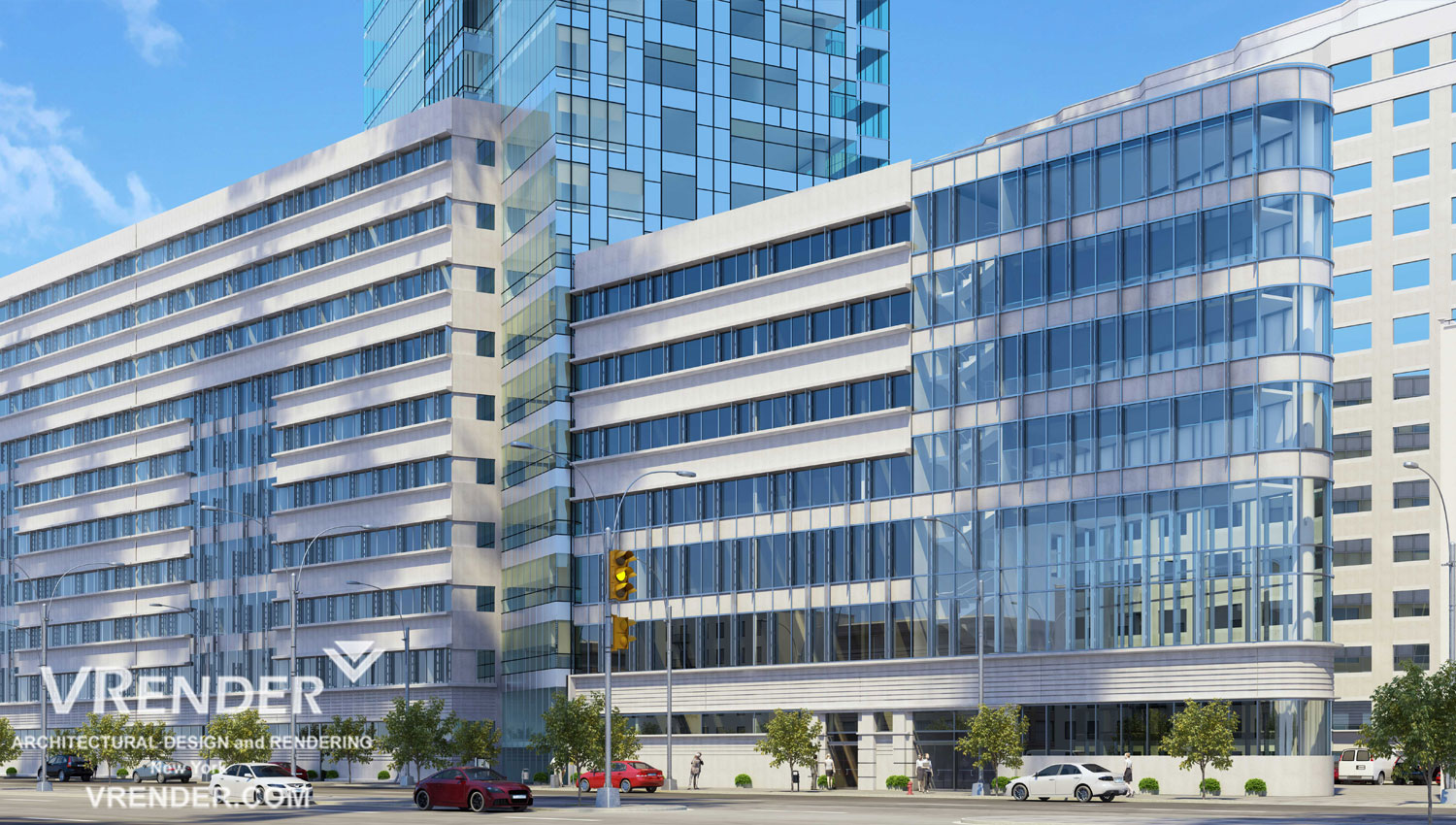