Visualization of the exterior is an important part of the process of developing a design project of any construction: residential house, cottage, a restaurant or a hotel, exhibition complex or office building. Visualization of exteriors is now actively used in advertising too. This technology helps to visualize the appearance of the future structure, outlining the smallest details of the facade, the area around the structure, including elements of landscaping, such as benches, fountains, walking paths, green areas, and the location of the object relatively to the surrounding objects. 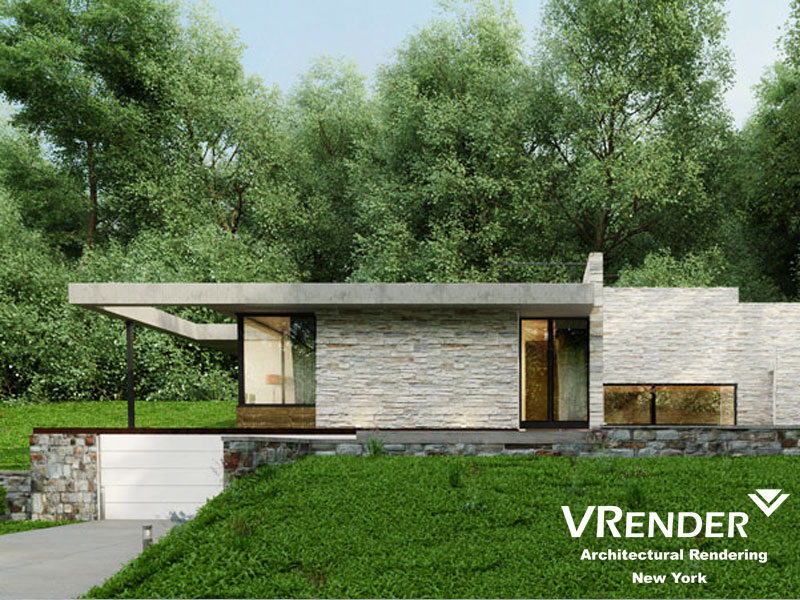 3D Exterior’s visualization allows conveying features of the building clearly: its architectural style, the overall color solution, shape and volume of each element, and texture of used building materials. Technologies allow showing a three-dimensional model of the building at different levels of illumination, thereby allowing to imagine more fully how an object would look like in daylight and at night.

The result of 3D visualization of exteriors is of high quality, realistic or stylized images of the construction object from multiple angles. Depending on the purpose of visualization, the resulting images can be used for promotional purposes in presentations and for the adoption of decisions on the construction itself. Based on 3D models, it is possible to create video clips, interactive Flash presentations or augmented reality, in which 3D object can be rotated, viewed from different angles and with different magnification.

Evolution of creative thinking in technology allows the artist to realize their most abstract and unexpected ideas.It has migrated to 3D design – a platform for creating images of three-dimensional objects.

A 3D design has a wide range of actions; it is almost a thought experiment. Three-dimensional graphics allows the creation of the exact equivalent of the desired object, and the models existing only in the imagination. 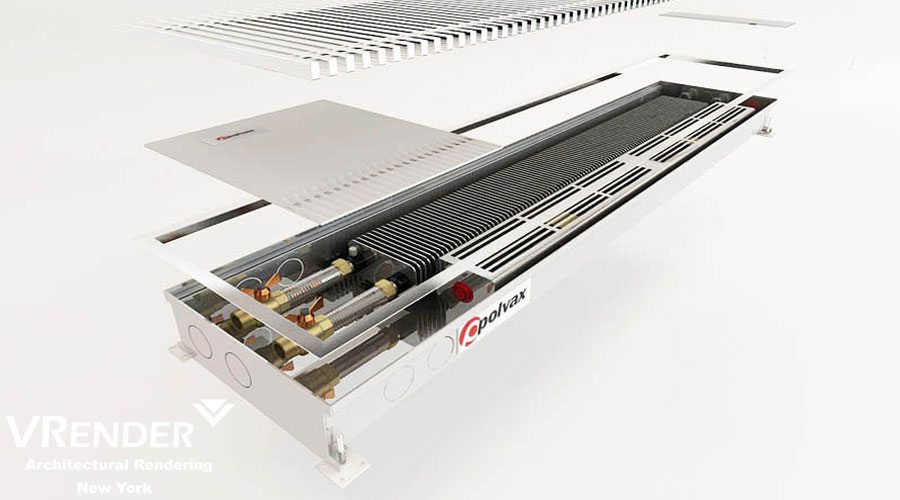 The practical significance of this industry is quite difficult to overestimate

The results we see in computer games, in science, and in the virtual architecture industry. To be more precise, it is important to note that without the 3D design, cinematic clichés of superheroes and their fantastic weapons likely would not exist; printing would be less colorful and attractive.
Official and, perhaps, the most important day was December 3, 1998. Historians argue that. So-called “Day of 3D” (3rd of December) was celebrated for the first time.
During the simulation, the 3D object performs a series of operations that create the final version of the image on the three-dimensional plane. In addition to creating the scene, the light is also regulated; the movement can be imported to objects, depending on the operation target. Finally, visualization or rendering is made. Visualization is a stepping-stone on the way to a final image display from the paper.

To get the desired three-dimensional image steps such as modeling, used. This involves the creation of a three-dimensional model of the image. Then texturing for setting the textures added and lighting in a form of light sources done. The next step makes moving objects during visualization or rendering.
Modern Internet-based 3D technologies make it possible to view millions of cities, for example, via Google Earth or Google Street View; Natural wonders such as the aurora borealis. Even cosmic life becomes more accessible and closer to ordinary users. A popular “Pixar Studio” has created memorable characters in a beautiful virtual world using a three-dimensional graphics.

Finally, there is a 3D Augmented Reality, whose function is to “embed” virtual objects into the real physical world, actively used in already more than well-known 3D glasses by Google.

There is a range of software that is used in 3D modeling. Beginning from a three dimensional mathematical model of the desired scene or object to the last step of visualization, this all process called “Rendering”.